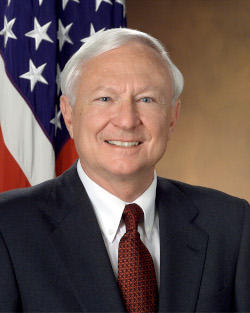 Was the Air Force undersecretary when assigned as a payload specialist on 62-A, the first shuttle flight scheduled to launch from Vandenberg AFB. The flight was cancelled after the Challenger disaster.