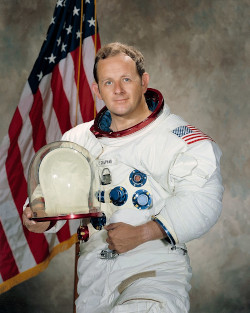 Chapman was a civilian with degrees in mathematics, physics, aeronautics, and astronautics. He was a member of the Apollo 14 support crew, but never flew in space. He left NASA in 1972.