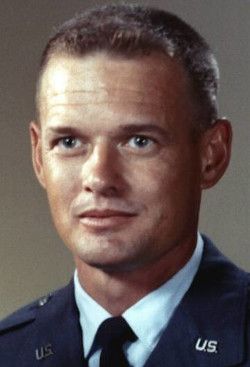 Crews was chosen for the Dyna-Soar program in September 1962 and scheduled to fly in early 1966. Dyna-Soar was cancelled in 1963. Crews was then selected for the Manned Orbiting Laboratory in November 1965. MOL was cancelled in May 1969. Crews then became a pilot for NASA.