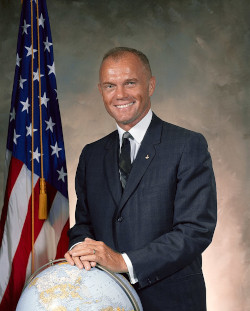 Glenn was the first American to orbit the Earth. His return to space aboard STS-95 made him the second US Senator (Jake Garn was first) and at age 77 the oldest person to go into space.