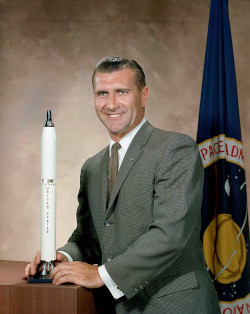 Gordon was a Naval aviator with a degree from the University of Washington.

He was the Command Module Pilot on Apollo 12 and did not descend to the lunar surface with crew mates Conrad and Bean.

Dick Gordon has a website with descriptions of his missions.