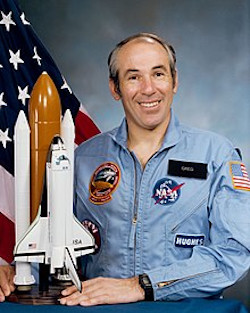 Jarvis was a former US Air Force captain and payload specialist in 51-L. He had a M.S. in electrical engineering from Northeastern University in Boston. He was married with no children.