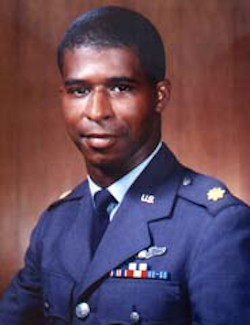 Trained for the MOL until his death. Lawrence was the first African-American to be chosen for spaceflight training. Had he lived, he would have been eligible to transfer to NASA when the MOL was cancelled.