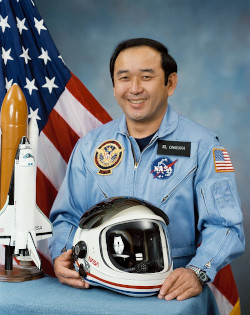 Onizuka was a lieutenant colonel in the United States Air Force. He was a mission specialist aboard 51-L. Ellison had both a bachelor and master of science degrees in aerospace engineering from the University of Colorado. He left behind a wife and two daughters.