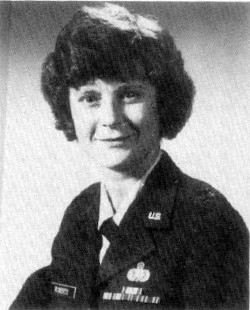 Member of the second DoD cadre, she was assigned to mission 62-B, the second polar mission scheduled for January 1987. The mission was cancelled after the Challenger accident, then rescheduled as STS-27. NASA announced there would be no payload specialists aboard the first five post-Challenger flights, so Roberts never flew.