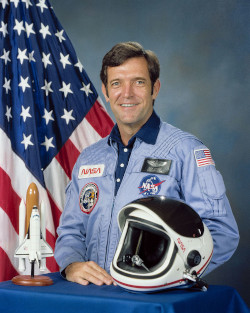 Lieutenant Colonel Scobee, United States Air Force, was mission commander on 51-L. Scobee had a bachelor's degree in aerospace engineering from the University of Arizona. He was survived by a wife and two children.