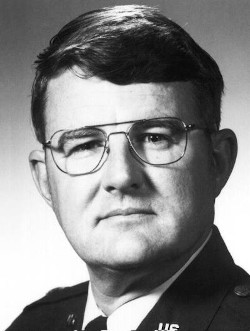 Member of the first DoD cadre, the secret payload to which he was assigned was cancelled due to technical and political problems. He never received another chance to fly.