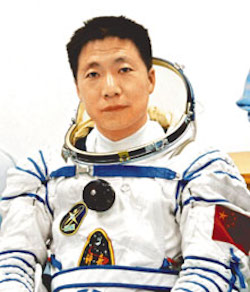 Lt. Col. Yang is the first Chinese yuhangyuan to go into space. He is married with one son. Yang became an Air Force test pilot in 1983. In 1993 he was accepted to become a yuhangyuan.