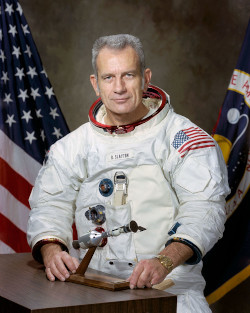 Deke was one of the original seven Mercury astronauts. He was removed from flight status in August of 1959 due to a previously undetected heart condition. A review of his condition resulted in his return to flight status in March 1972.