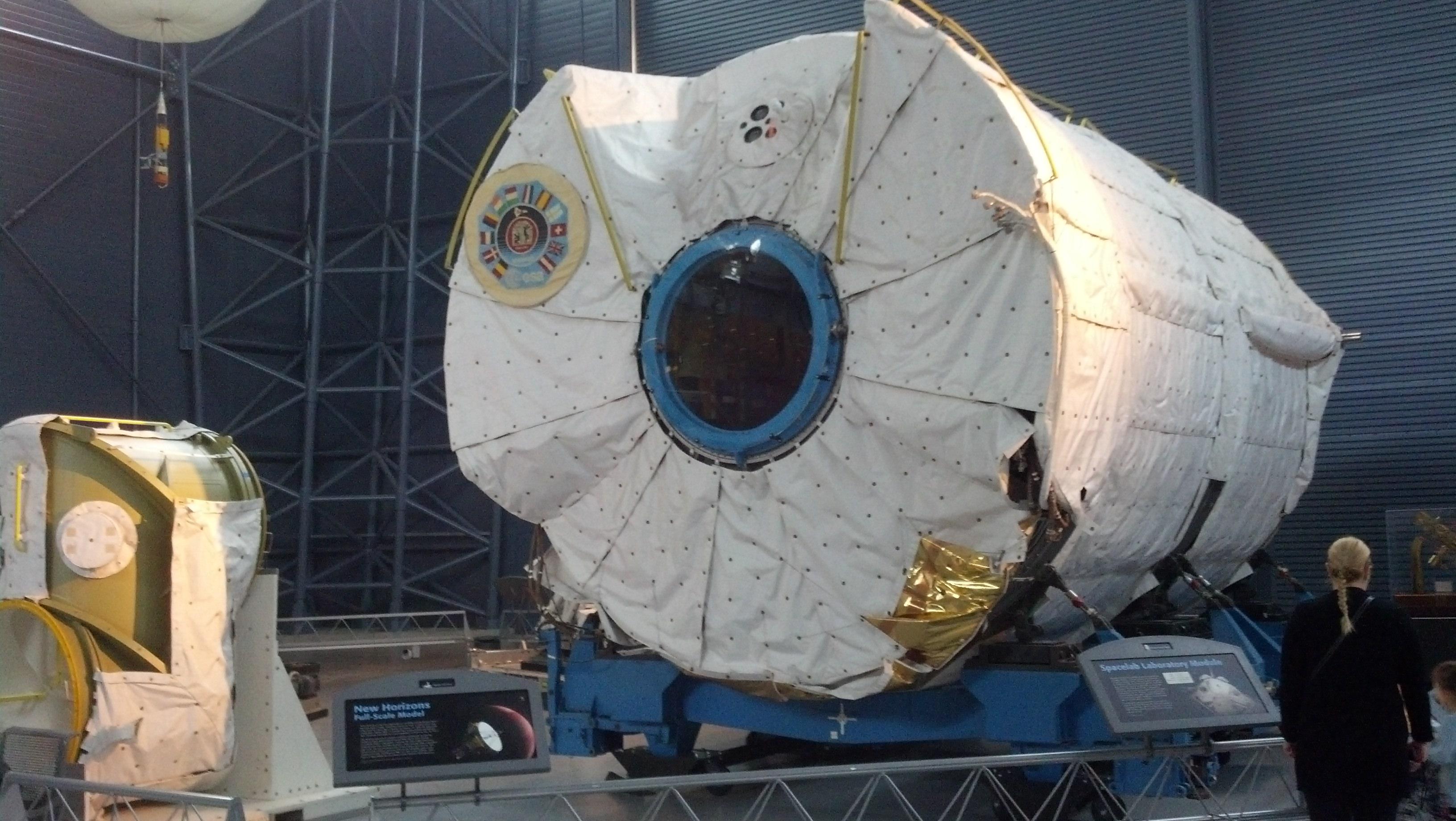 Spacelab was a manned scientific module for the US Space Shuttle. A Memorandum of Understanding signed 24 September 1973 between NASA and the ESA gave Europe the responsibility to fund, design, and build Spacelab.

The Spacelab system has several components: The habitable pressure module, the pallet, the Igloo, the Instrument Point System, and a connecting tunnel.

The Pressure Module was configurable as either a Long Module (LM) or a Short Module (SM). The short configuration was never used. The long version consisted of two 4.1 m diameter aluminum cylinders with conical end pieces. Experiment racks were integrated on the module floor outside the module itself, then slid into one end along support beams. Space above the ceiling and beneath the floor were used for storage. There were two 1.3 m apertures located on the top. The forward aperture contained a window and the aft aperture had an airlock for exposing experiments to space. Two of the pressure modules were built. LM1 is on display at the Steven F. Udvar-Hazy Center. LM2 is on display at the Bremenhalle exhibit atop Terminal 3 in the Bremen Airport, Bremen, Germany. 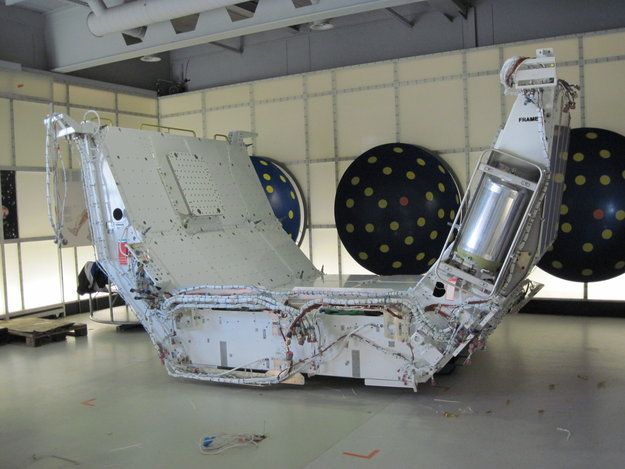 Pallets were U-shaped and were fully integrated before being inserted into the payload bay. These pallets proved to be so useful that they were often used on missions not related to Spacelab. 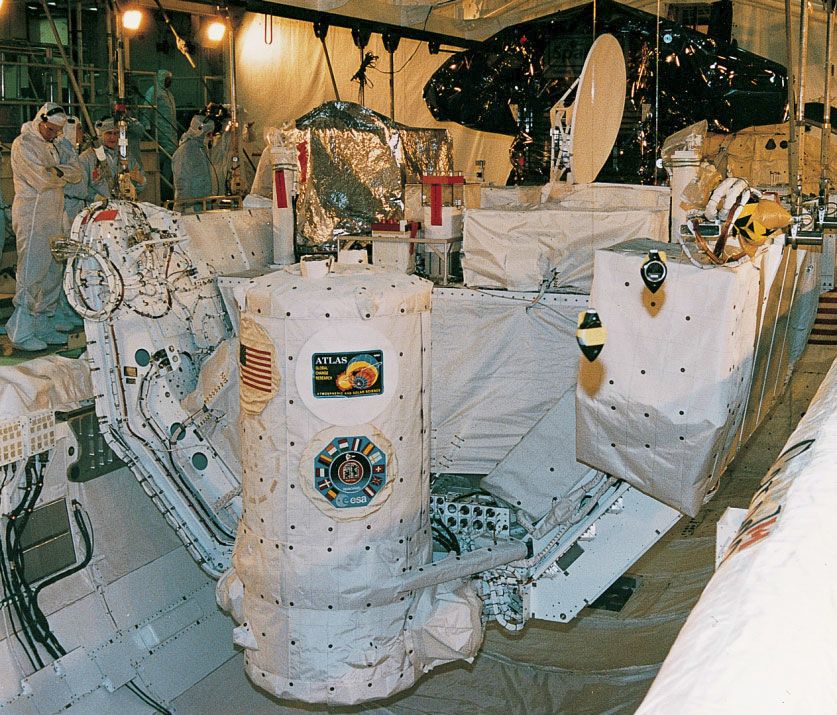 On missions were the pressure module was not present, a pressurized Igloo accommodated experiment avionics. Two Igloos were manufactured. They were 2.4 m high with a diameter of 1.1 m. 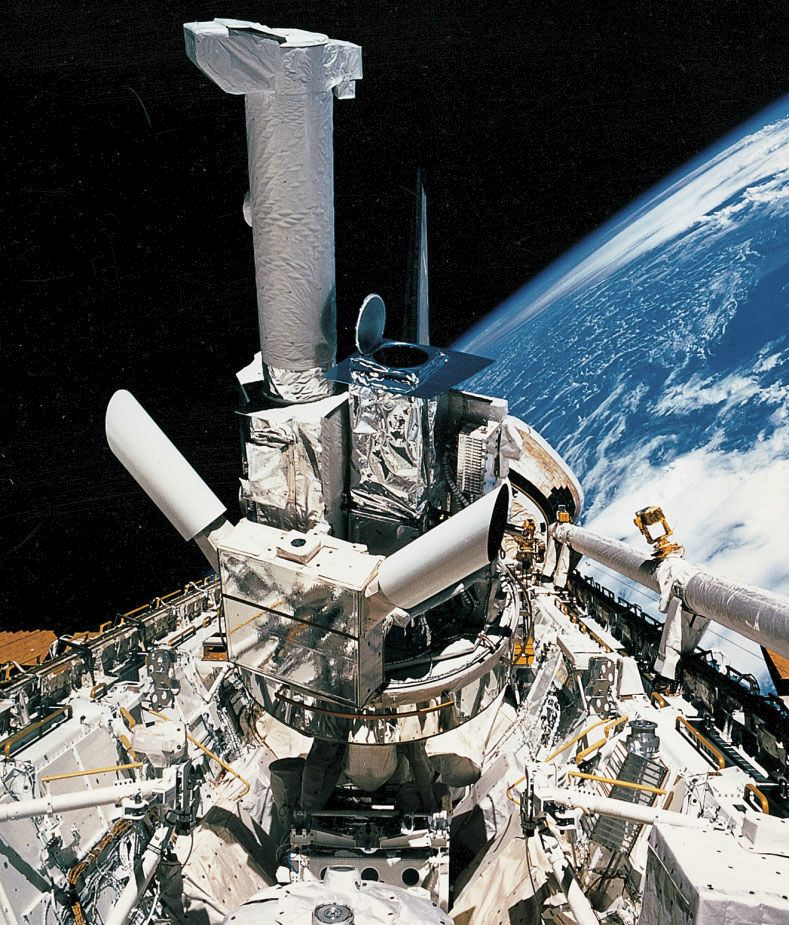 The Instrument Pointing System (IPS) provided precision pointing and control of astronomical telescopes. The above photo is from the December 1990 ASTRO-1 mission.

On missions which included a pressure module, a tunnel was connected from one end of the pressure module directly to the shuttle cabin so astronauts could enter in shirt sleeves. 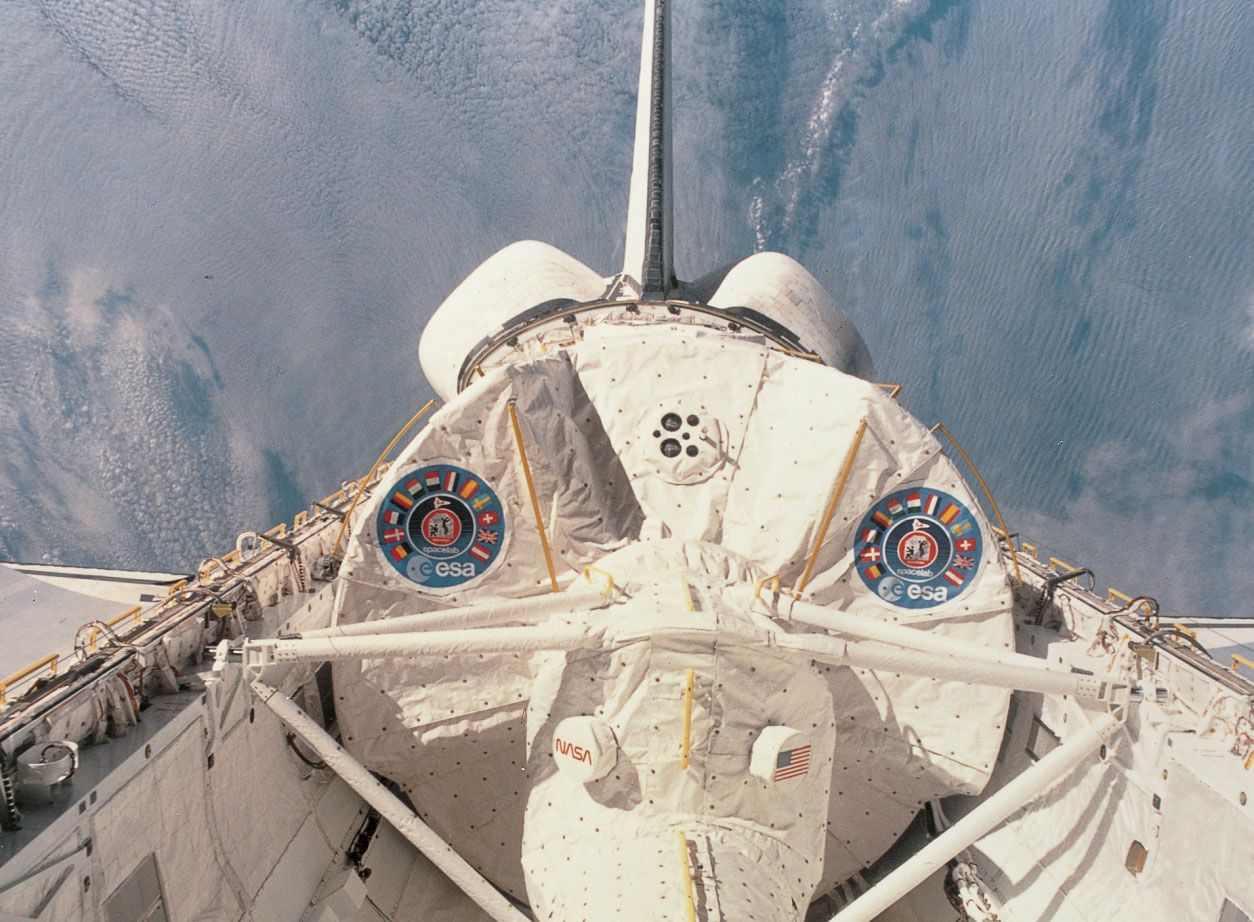