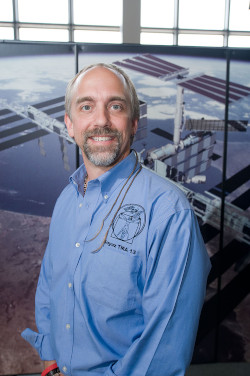 Richard Garriott is the son of astronaut Owen Garriott. Richard is a computer game designer who self-funded his trip to the International Space Station