ShenZhou 10  docked with the TianGong 1 space station at 05:11 UTC on 13 June 2013 and entered at 08:17 UTC. A manual docking took place at 0207 UTC on 23 June. Final departure took place on 24 June and included a "flyaround" demonstration - a first-of-a-kind maneuver for a ShenZhou mission - to test new rendezvous techniques and approach trajectories, such as flying toward the TianGong 1 space station from underneath instead of from behind.

Except for a 20 June education event with Chinese students conducted by Wang Ya-ping, this flight was conducted with much less media attention than previous flights.

Note: Official Chinese sources did not reveal the names of the backup crew. The names noted come from unofficial sources. 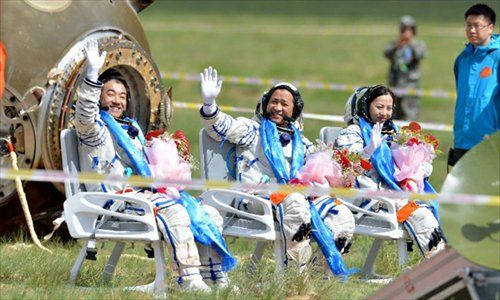