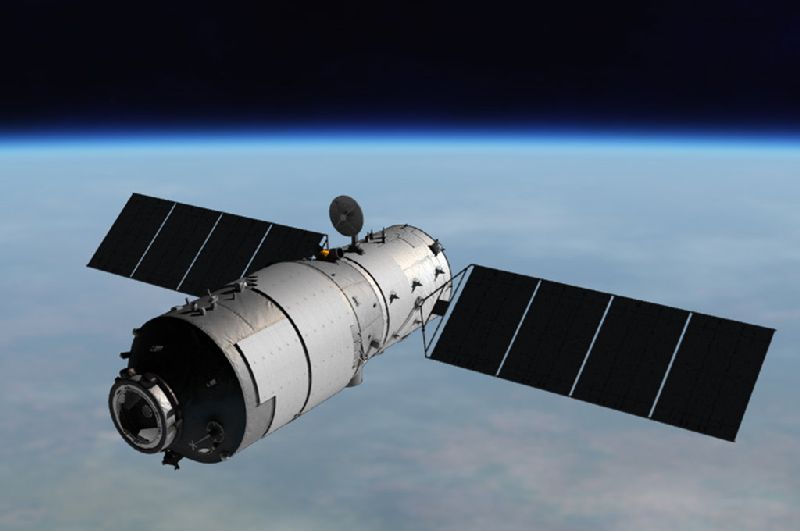 One of the goals of Project 921 is to orbit a Chinese space station. Phase I of the program was putting a man into space and returning him safely. This phase culminated in the launches of ShenZhou 5 and ShenZhou 6. Phase II of Project 921 calls for a temporary space station. The launch of ShenZhou 7 marked the beginning of this phase, expected to culminate in 2015/16. Phase III has the goal of a larger, more permanent station with completion in the 2020 to 2025 time frame.

In 2007, the plan was for ShenZhou 8 and ShenZhou 9 to be configured as a laboratory, with an additional launch of ShenZhou 10 to provide a crew. 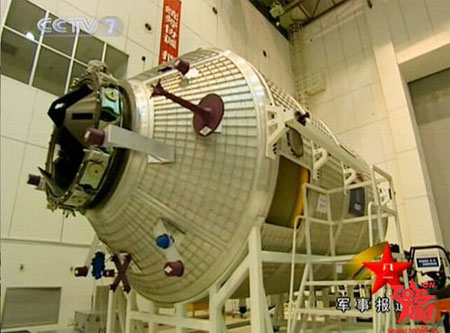 By 2009, the plan had been refined. The TianGong ("Sky Palace" or "Heavenly Palace") was have two docking ports (ultimately, it had only one) and serves as the 8.5 tonne core for the Phase II space stations. TianGong 1 was launched 29 September 2011 and was expected to stay in orbit for about two years. Fearing a failure of TianGong 2, it was left in orbit beyond its life expectancy. ShenZhou 8 was then launched unmanned to dock to the station. Manned missions will then follow with ShenZhou 9 and ShenZhou 10. TianGong 1 reentered on 2 April 2018.

TianGong 2 was launched 15 September 2016. ShenZhou 11 is the only currently planned mission. TianGong 2 was originally built as a backup to TianGong 1, but features several improvements including the ability to be refueled by a cargo vehicle, has an oyygen generator, and an advanced water recycling system. There was an unmanned fuel and cargo resupply mission (Tianzhou 1) on 20 April 2017.

Phase III will provide for a larger (20-22 tonne), more permanent station (Tiangong 3) in the 2018-25 timeframe. This station will consist of a core module (Tianhe) launched in 2021 and three experiment modules (Wentian, Mengtian and Xuntian, each 20-22 tonnes and capable of independent flight) to be docked with the core module in the 2021-22 timeframe. 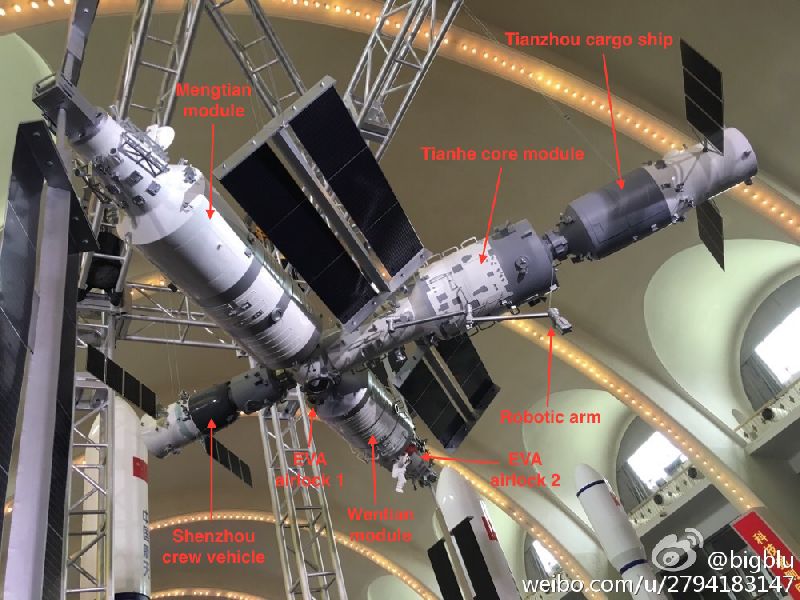