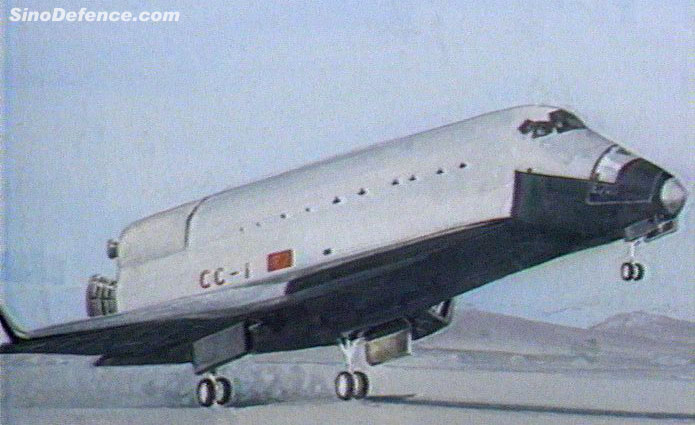 The ChengChang 1 (Great Wall 1) was one of the two proposals for a space launch and transportation vehicle to make it to the final evaluation in 1988. It was jointly proposed by the Shanghai Space Bureau and the 604 Aircraft Design Institute. The other surviving proposal was for a much simpler ballistic capsule.

Debate on which vehicle should be favored lasted for two years. The ballistic capsule (Shenzhou) was finally agreed to for its lower cost and reduced technological risk. The preferences of Chinese space pioneer Qian Xeusen were also instrumental in this decision.

A formal statement issued in December 1999 stated that China had no active shuttle program, and no such program had ever been started. A paper issued in 2000 said that any shuttle program would be a 20 year undertaking. Despite the teasing pictures which appear from time to time, a Chinese shuttle appears to be a distant prospect. What we are seeing are spaceplane concepts, but nothing beyond early preliminary research is taking place.