Founded in Seattle, Washington in 1916, Boeing is headquartered in Chicago, Illinois. With over 170,000 employees, Boeing is the largest aerospace company in the world.

Boeing's entry in the commercial crew vehicle arena is their CTS-100 (Commercial Space Transporter - 100) Starliner spacecraft. The Starliner can carry up to seven crew members and and can also carry cargo in lieu of crew. The intended launch booster is the United Launch Alliance Atlas V.  Using a traditional capsule shape, the Starliner is equipped with an airbag mechanism to enable landings on a dry lake bed, although contingency water landings are also possible.

The Starliner, comprised of a Crew Module and a Service Module, leverages
Apollo-proven aerodynamic characteristics in a design employing modern,
cost effective technologies and manufacturing techniques.
Courtesy: The Boeing Company
(click to enlarge) 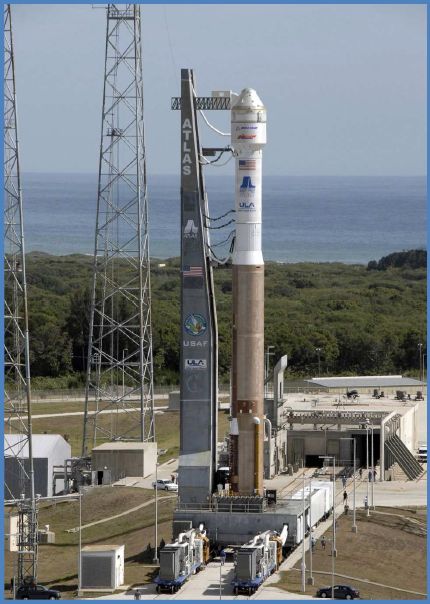 The CST-100 Starliner mated to an Atlas V
Courtesy: The Boeing Company