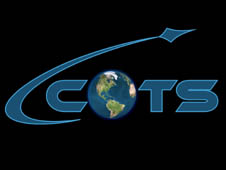 The companies selected for COTS will be given contracts for delivery of supplies to the International Space Station once they have passed a certain set of milestones. SpaceX has already met those milestones.

There were five companies awarded under CCDev, and four awards under CCDev2. CCiCap resulted in three additional awards. There have also been several unfunded agreements in which NASA provides technical advice and expertise.

A snapshot of each COTS and CCDev contractor is provided on other pages.

The following is taken directly from NASA's C3PO page:

The C3PO will extend human presence in space by enabling an expanding and robust U.S. commercial space transportation industry.