The Artemis Program will use Orion to transport astronauts to lunar orbit. From there, astronauts will transfer either to the Gateway Lunar Outpost for later transfer to a landing system, or transfer directly from Orion to a landing vehicle.

On 17 April 2021, NASA chose SpaceX as the sole winner for continued development. The selection of a single company prompted protest and lawsuits from both Dynetics and Blue Origin. Initially, the original decision was upheld, but on 24 August 2021, NASA voluntarily suspended its contract with SpaceX. Then on 19 October 2021, the US Senate budget proposal for NASA directed that a second Artemis lunar lander proposal also be considered. Given that there was only a slight budget increase for entertaining two proposals, this MAY jeopardize the schedule for a proposed 2024 lunar landing.

Blue Origin established Blue Moon to design and develop lunar landing systems for NASA. They are working on a Cargo Land and a Human Landing System (HLS). 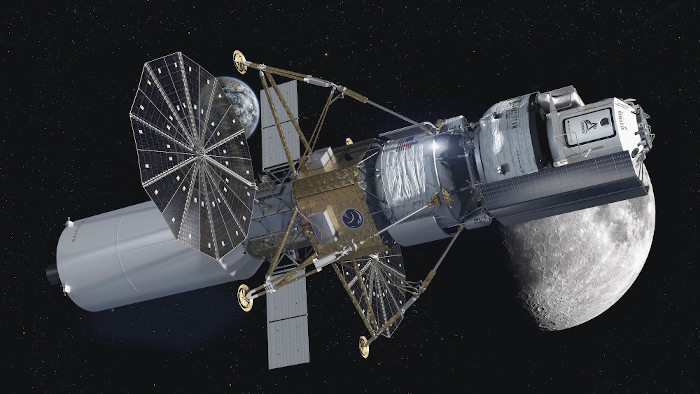 The Transfer Element vehicle will move the HLS from a higher lunar orbit to an altitude at which the Descent Element can take over. It has been subcontracted to Northrup Grumman, and is based on Northrup Grumman's Cygnus ISS supply ship. 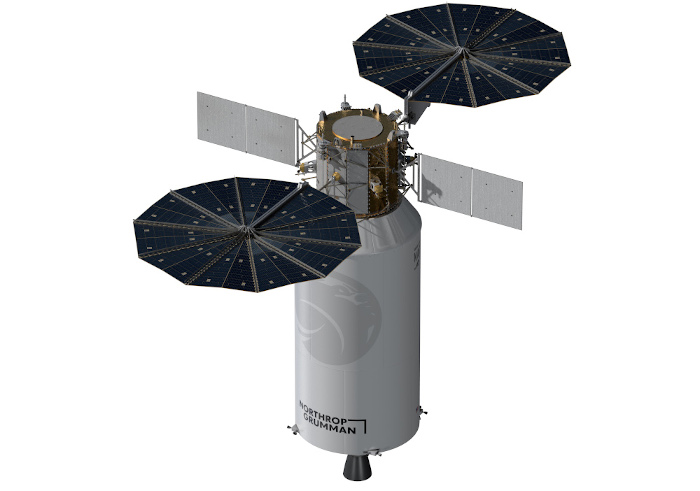 The Descent Element is being designed and built by Blue Origin, and is based upon their cargo lander. Descent guidance and avionics is being provided by Draper. 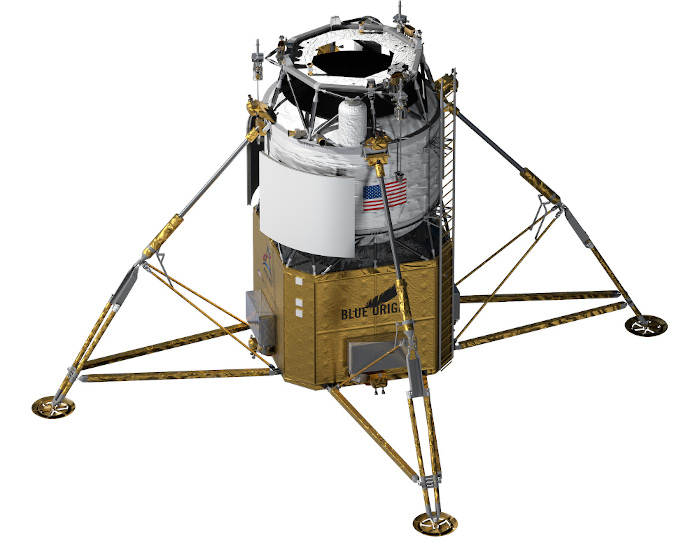 The Ascent Element is a reusable vehicle and is being built for Blue Origin by Lockheed Martin. 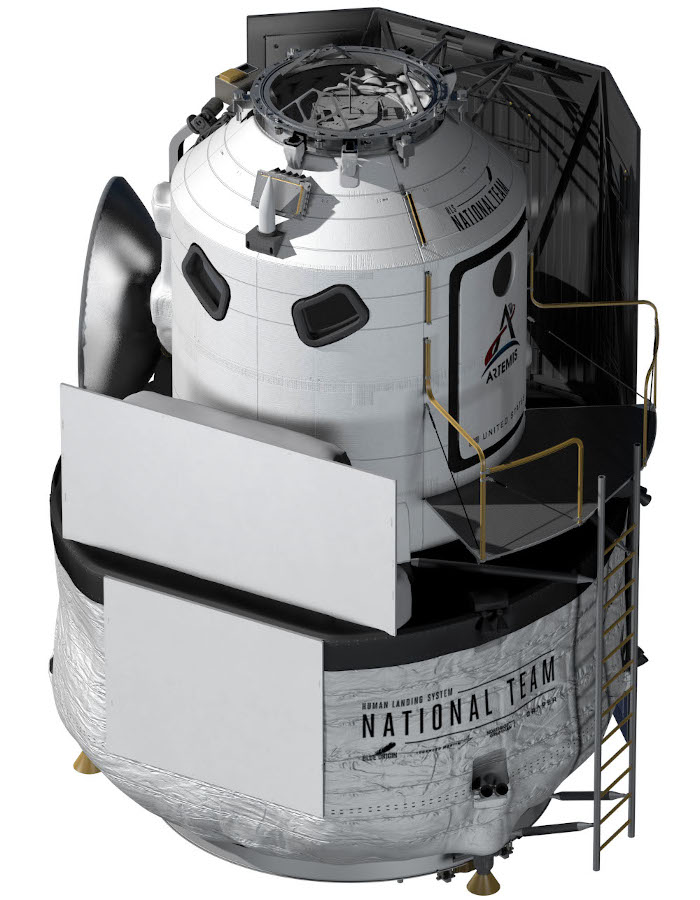 Dynetics is a subsidiary of Leidos. The Dynetics lander (Dynetics Human Landing System or DHLS) has external propellant drop tanks which are discarded before landing. There are no separate descent and ascent modules. After landing, solar arrays are deployed. Transport to lunar orbit will be by ULA's Vulcan Centaur. 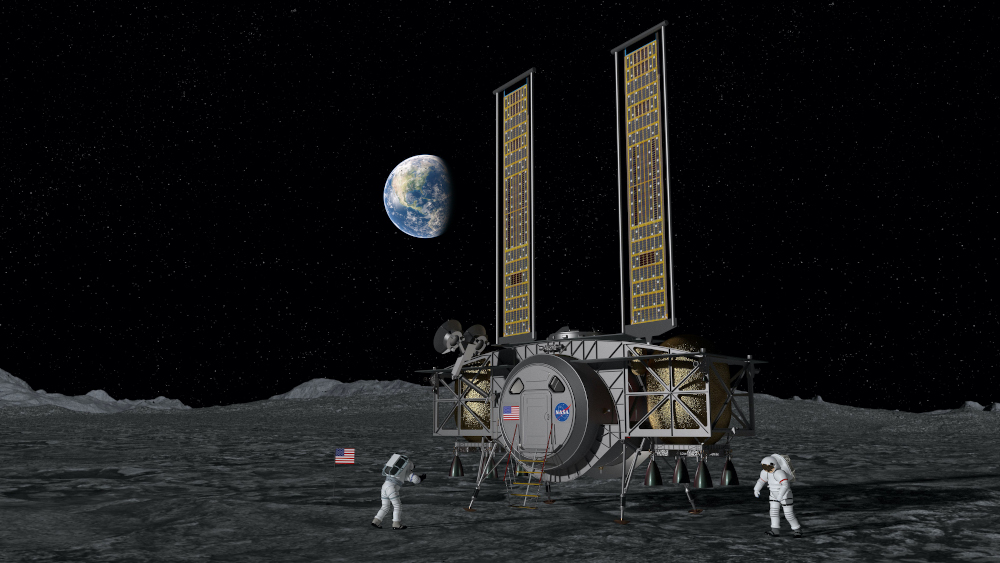 Artist's conception of the DHLS on the lunar surface (Credit: Dynetics)

Artist's concept of Starship on the lunar surface (Credit: SpaceX)