Highlights:
Research mission, SpaceHAB. This flight marked the first Israeli astronaut. The mission was a pure science mission lasting a record breaking 16 days. The shuttle was headed for a 14:16 UTC landing at the Kennedy Space Center in Florida when contact was lost. At the time of the catastrophic failure, the vehicle was over east central Texas at an altitude of approximately 207,135 feet (39.2+ miles) and travelling at approximately 12,500 mph (18.3 Mach). There had been the loss of 8 sensor readings on the left side of the vehicle beginning about 7 minutes before vehicle loss. There were temperature reading gains of 40 to 60 degrees Fahrenheit in the left landing gear wheel well and in the fuselage over the left wing.

A brief, simplified description of the cause of the catastrophe is that a piece of insulating foam on the external fuel tank broke loose during launch and struck Columbia on the leading edge of the left wing. The carbon composite on the leading edge of the wing was damaged. This damage in turn allowed super-heated plasma to penetrate into the interior of the wing during reentry. The aluminum structure of the wing first softened, then melted and eventually vaporized. Losing the left wing caused Columbia to tumble out of control and disintegrate.

"The Columbia is lost. There are no survivors." - A memorial page 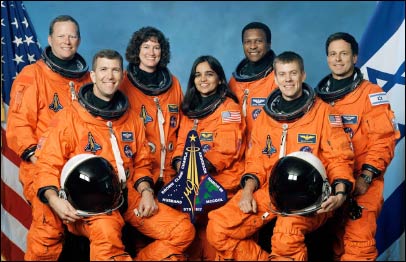 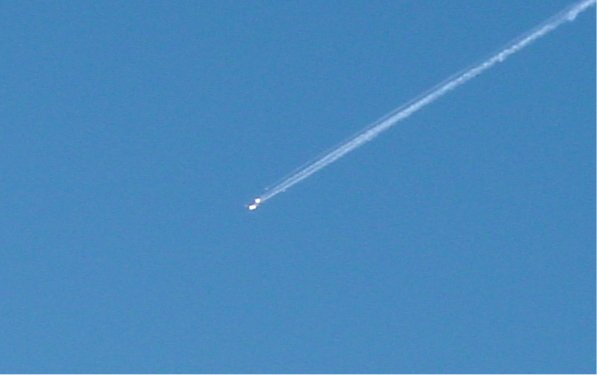