The Space Launch System is an advanced heavy-lift launch vehicle designed for science and human exploration beyond low Earth orbit. While NASA's commercial partners will provide the supply line to the International Space Station, the SLS will able to provide backup transportation to the ISS if the need arises.

The first SLS mission, Exploration Mission 1, is tentatively scheduled for 2017 and will launch an uncrewed Orion spacecraft to the moon and back to demonstrate integrated system performance. The second SLS mission, Exploration Mission 2, is targeted for 2021 and will launch an Orion with a crew of up to four to the moon and back. These would be the only flights of the Block 1 configuration, then being replaced by Block 1A. 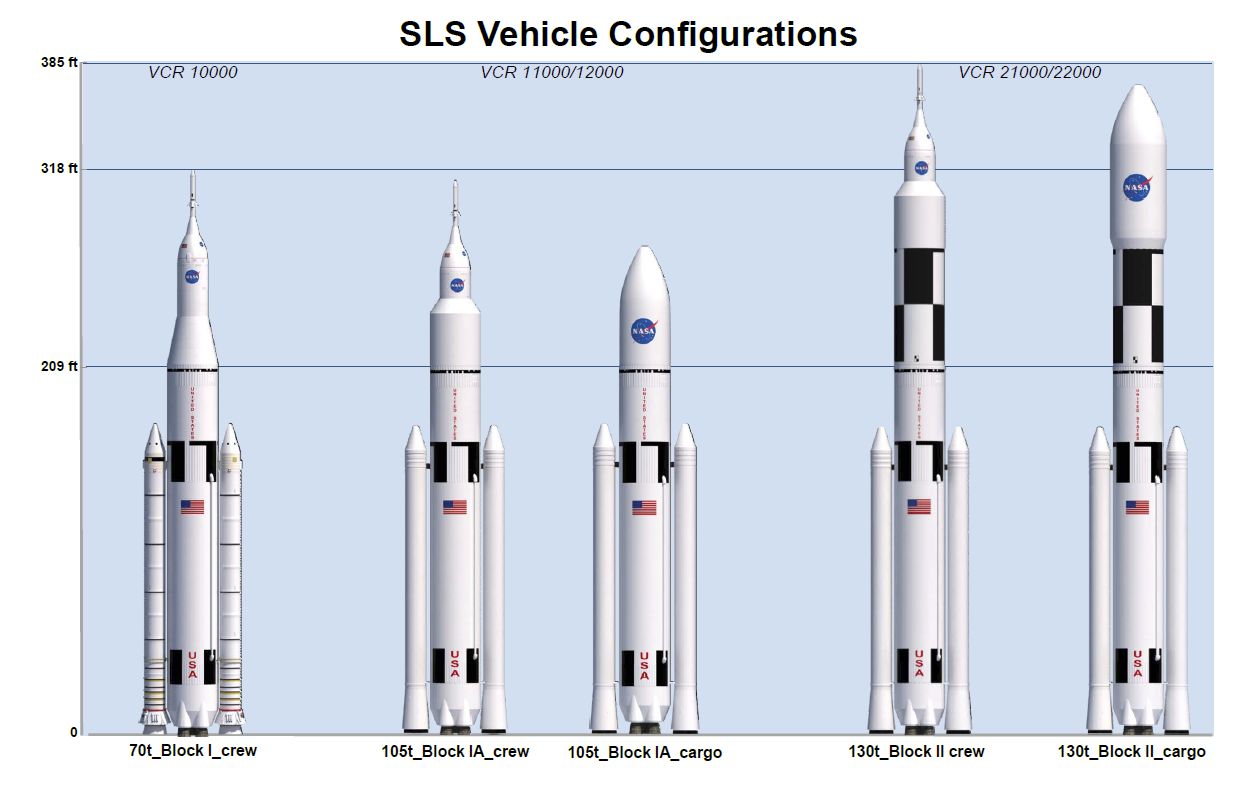 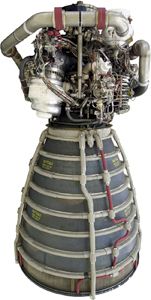 The Rocketdyne RS-25D rocket engine served as the Space Shuttle Main Engine (SSME) from July 2001 until the retirement of the shuttle fleet in 2011. The RS-25E is based on a 2005 proposal for a simplified SSME.

SRBv (Solid Rocket Booster, 5 segment) is based on the same technology that the STS (space shuttle) used for its solid rocket boosters. ATK of Brigam City, Utah is the prime contractor and has begun processing the first hardware components for the initial qualification test planned for 2013.

The J-2X engine is being developed by Pratt & Whitney Rocketdyne. The first engine being tested at the Stennis Space Center in 2011 achieved a 500 second, full flight duration burn during its eighth test.

The Interim Cryogenic Propulsion Stage (ICPS) is considered part of the payload and not the SLS itself. It will be present on both Block 1 flights and could appear in Block 1A as well. The ICPS can perform up to three burns, thus making lunar or other deep space destinations possible. ICPS specifications closely align with the existing Delta 4 Heavy upper stage. Solicitations for an ICPS were issued in May 2012.