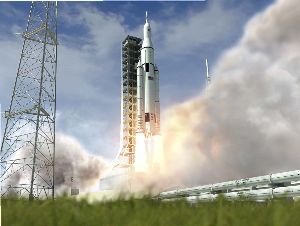 The Space Launch System is the follow-on replacement for  the Space Shuttle which was retired in 2011. The goals are to go beyond the ability to send crews into low earth orbit and aim for a return to the moon, near Earth asteroids, La Grange points, and ultimately to Mars. The Orion MPCV (built upon the Orion being developed for the former Constellation Program) will provide the crew vehicle for these destinations.