Space Station Freedom was approved by US President Ronald Reagan in 1984. This was to be a strictly American space station.

Work began in earnest in 1988, and from then until 1993 there were many design changes and budget cuts. By 1993, Freedom was over weight, over budget, and had experienced design difficulties. The political climate had changed and Freedom became politically unviable.

In 1993, international cooperation began to play a role and space station "Freedom" morphed into space station "Alpha". Even this name was dropped as Russian participation increased. What eventually emerged wa the International Space Station (ISS). 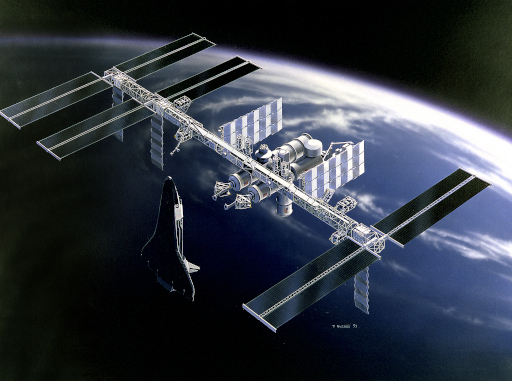