Some of the earliest roots of this program can be traced to 1953 when research began on the feasibility of a rocket engine capable of producing 1 million pounds of thrust. 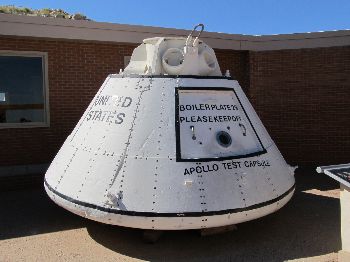 Apollo 1, the first manned Apollo flight, was scheduled for late 1966, but problems delayed the schedule until February 1967.  In January 1967, a fire in the capsule during a rehearsal killed the Apollo 1 crew and led to extensive redesign and delay of over a year and a half.  The first manned flight, Apollo 7, took place in October 1968.

The Saturn II second stage was over 81 feet tall, powered by five J-2 engines. It burned for a little over 6.5 minutes, providing a velocity of 15,350 mph at an altitude of 114 miles.

The Saturn IVB third stage had a single J-2 restartable engine. The first burn lasted 2.75 minutes. The second burn lasted just over 5 minutes and put the vehicle on the path to the moon.

Men to the Moon

Nine Apollo missions have been around the moon. Six of these missions landed. Three men (Lovell, Young, and Cernan) each made two trips. 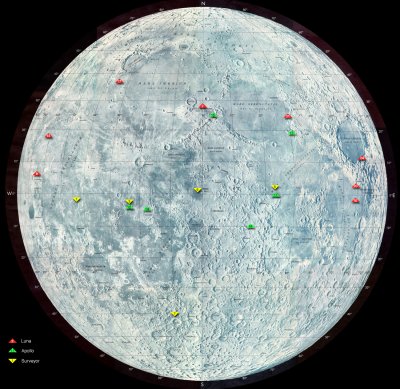 Apollo 17 was the last manned mission to the moon.  There were originally 3 more planned, but were cancelled due to budget cuts and the fear of another tragedy after the Apollo 13 incident.

Apollo 18 (command module later flew as ASTP) was scheduled for April of 1972.  It was cancelled on 2 September 1970.   The tentative crew was to have been Gordon, Brand, and Schmitt. The proposed landing location was Copernicus.

Apollo 19 was scheduled for July of 1972 and was also cancelled on 2 September 1970.  The tentative crew would have been Haise, Pogue, and Carr. The proposed destination was Hadley.

Apollo 20 had been slated for December of 1972 but was cancelled on 4 January 1970.  Crew was possibly to have been Conrad, Weitz, and Lousma. The proposed destination was Tycho.

Crews were never actually named for these missions, so the above mentioned names are purely speculative. The Apollo 13 failure would likely have caused the lunar destinations to be changed.