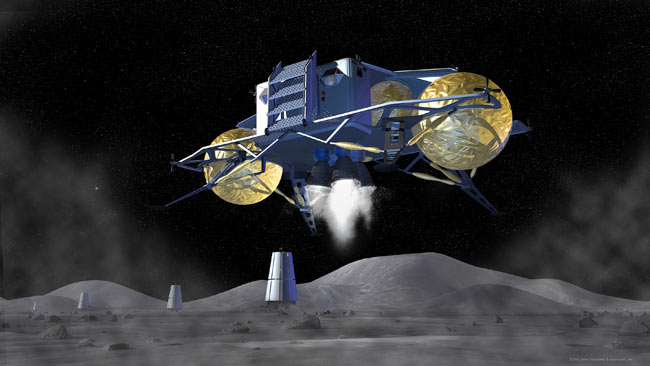 UPDATE: 11 October 2010. In a major policy speech, Barack Obama formally ended the Constellation Program. He instructed NASA to begin work on a rocket for deep space exploration. He also directed that commercially based means be used to launch ISS crew members.

The lunar surface access module was to consist of a descent stage and an ascent stage. It wwould carry a crew of four, leaving the Orion crew exploration vehicle in unmanned lunar orbit.

Altair and the Earth Departure Module would have been launched by an Ares V about a month before the crew launched in Orion from an Ares I.