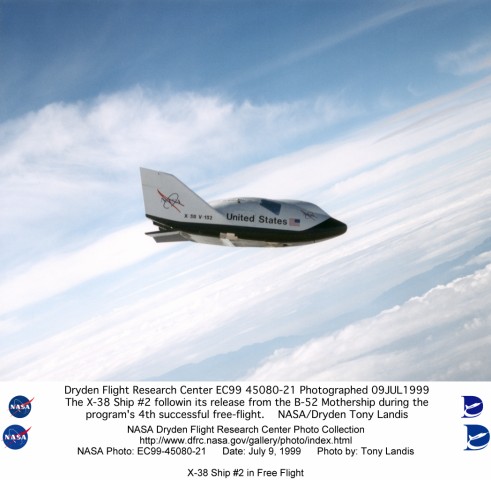 During the life of the Russian Mir space station, a Soyuz capsule was kept docked with Mir whenever the station was occupied. The purpose of this capsule was to serve as a life boat in case of an emergency.

The ISS Expedition 1 crew arrived in a Soyuz craft. Subsequent crew exchanges were made with the Space Shuttle, although the Soyuz is again being used until the shuttle fleet returns to flight. The Soyuz remains docked and serves as a life boat.

The X-38 was to eventually replace the Soyuz in the role of emergency crew return. The X-38 would have been able to accommodate up to 9 occupants.

The X-38 was a lifting-body patterned on a design from the 1970's. Most of the X-38 was based on off-the-shelf technology. The X-38 guidance and avionics were already in commercial or military use.