Sergei P. Korolev, Chief Designer of the Soviet space program, approved the first proposal for circumlunar travel on 10 March 1962. This proposal called for a L1 Soyuz (not to be confused with the later L1 Zond) to be a three man spacecraft as one of four modules. The L1 Soyuz and each of three propulsion modules were to be launched separately by the Vostok launch vehicle. 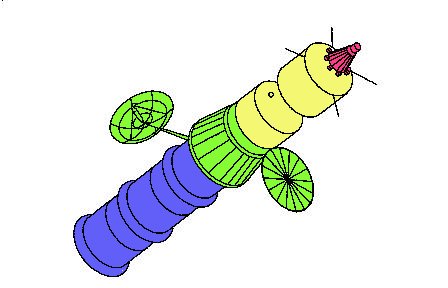 On May 1963, Korolev approved a second proposal. In this proposal, the "Soyuz complex" consisted of three spacecraft, A, B, and C. Soyuz-A was the equivalent of the 1962 Soyuz L1. Soyuz-B was a propulsion module, and Soyuz-C was a tanker. 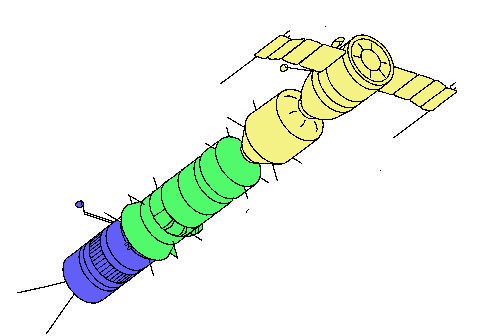 The Soviet manned circumlunar and lunar landing programs were approved in the Soviet Communist Party Central Committee Command 655-268 on 3 August 1964. Korolev approved the preliminary plan on 25 December 1964. The landing program would have landed a single cosmonaut on the moon in 1967-1968 and depended on the successful development of a large rocket designated the N-1. The circumlunar program was revised from one relying on multiple launches to one with a single launch using a four-stage Proton rocket.

The circumlunar part of the program was the L1 (Zond).

The lunar landing program called for the use of the N-1 rocket, the L2 Lunar Orbit Module, and the L3 Lunar Lander. 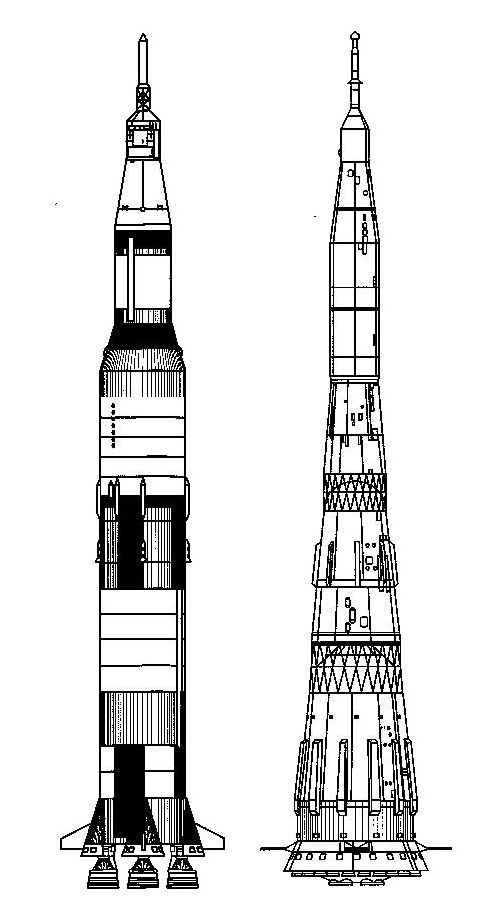 A drawn to scale comparison of the Saturn V and the N-1
(Credit: NASA)

The basic N-1 rocket consisted of a Block A first stage, Block B second stage, and Block V third stage. All stages burned liquid oxygen and kerosene. The first two attempted uses of the N-1 rocket was in conjunction with L1 tests and both times resulted in catastrophic destruction of the launch vehicle (20 February 1969 and 3 July 1969). The next two launch attempts mated to the L2 and L3 of the N-1 faired little better. A fifth attempt was first postponed, then cancelled along with the N-1 project. 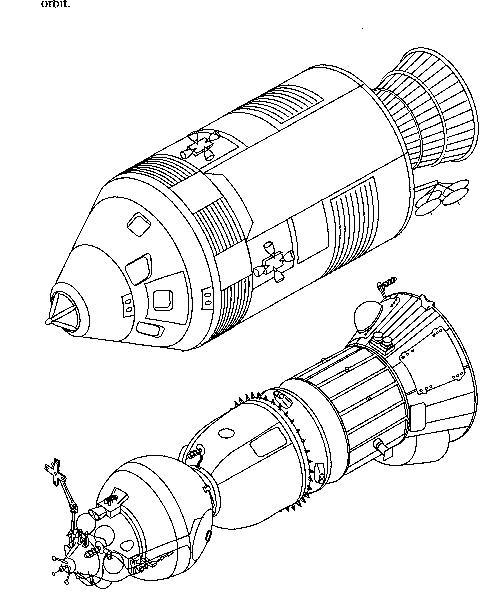 This is a drawn to scale comparison of the American
Apollo CSM and the Soviet L2
(Credit: NASA)

27 June 1971 - The launch shroud of the third N-1 covered L2 and L3 test articles and was topped with a dummy launch escape system. Immediately after lift-off, the rocket began to roll along its long axis. The rocket began to disintegrate after 48 seconds. The test articles fell off and crashed near the launch pad. At 51 seconds the engine control system shut down the first stage engines. The N-1 impacted 20 km downrange.

23 November 1972 - The launch shroud on this, the fourth attempt to launch the N-1, contained a L2 prototype and a L3 mockup. The six central engines of the first stage shut down at 90 seconds, as planned. At 104 seconds, pressure in the fuel lines to the deactivated engines caused the lines to burst and spilled fuel on the still hot engines. The entire rocket exploded between 107 and 110 seconds in to the flight. The emergency launch system pulled the orbit and descent modules of the L2 free.

August 1974 - A fifth N-1 flight scheduled for August 1974 was postponed. The L2 and L3 vehicles would have been fully operational. Eventually the launch was cancelled, along with the entire N-1 program. The L2 would never reach orbit. 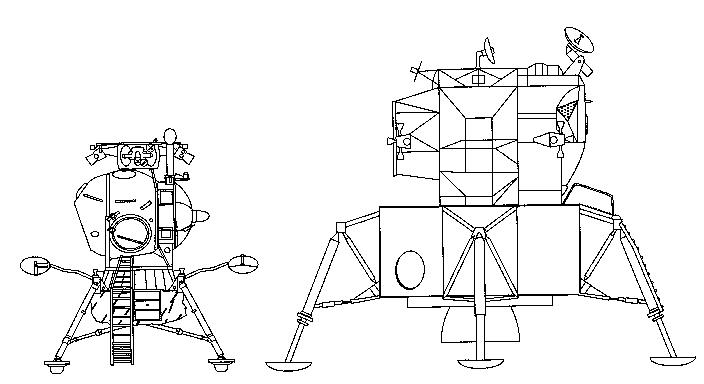 A drawn to scale comparison of the L3 Lunar Lander and the Apollo Lunar Module
(Credit: NASA)

In the above illustration, the flat, downward looking face on the left side of the lander contains a round viewport. The L3 was intended to carry a single cosmonaut to the lunar surface and return him to the orbiting L2 module. There were several launch tests of the L3 separate from the integrated L2/L3 attempts with the N-1 rocket.

24 November - 1 December 1970, Cosmos 379. The first test flight of the L3 in Earth orbit simulated propulsion system operations for a lunar landing mission. The spacecraft, concluding tests about 1 December 1970, remained in orbit until 21 September 1983.