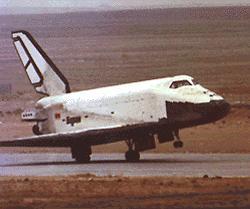 The Russian shuttle Buran was authorized in 1976 in response to the United States' Space Shuttle program. Construction of the shuttles began in 1980, and suborbital testing of a scale model began in 1984. By April of 1988, the aerodynamic analogue of the shuttle (OK-GLI) had been worn out after 25 test flights.

Originally, there were to be three orbiters built. This was increased to five in 1983. By the time the project was cancelled, only one was completed (Buran - 11F35K1), one 95-97% complete (Ptichka (Little Bird) - 11F35K2), and one 30-50% complete (Baikal (Typhoon) - 11F35K3). Two more (11F35K4 and 11F35K5) only had the engine units built. A point of interest is that Buran (11F35K1) is actually just the name of the first orbiter. Referring to the entire fleet as Buran is like referring to all the American orbiters as Columbia. As a point of interest, Buran was originally to be named Baikal but renamed just a few weeks prior to its flight.

The first and only orbital flight of the shuttle Buran was on 15 November 1988. The flight was unmanned. The life support system had not been certified and the software for the CRT displays was not installed. The mission was limited to two orbits due to limitations on computer memory. Despite a 34 mph crosswind, Buran was able to land within 5 feet of the runway center line. Upon inspection, only 5 of the 38,000 heat shield tiles were missing.

Funding for Buran was cut after the first flight and much of the work stopped, although the project was not officially cancelled until 1993. The three complete or partially complete orbiters are in storage at Baikonur. The final two were both dismantled at the production site. At last report, the manufacturing facility was scheduled to be converted to the production of buses, syringes, and diapers.

The Buran was capable of either flying a mission completely unmanned or with a crew of 2-4 cosmonauts. It also had the ability to carry up to 6 passengers. The Space Shuttle cannot fly unmanned missions.

Following cancellation of the shuttle program, Buran was stored it a hanger at Baikonur. The craft was destroyed when the hanger collapsed on 12 May 2002. Ptichka and Baikal are also at Baikonur but not in the same hanger as Buran was. 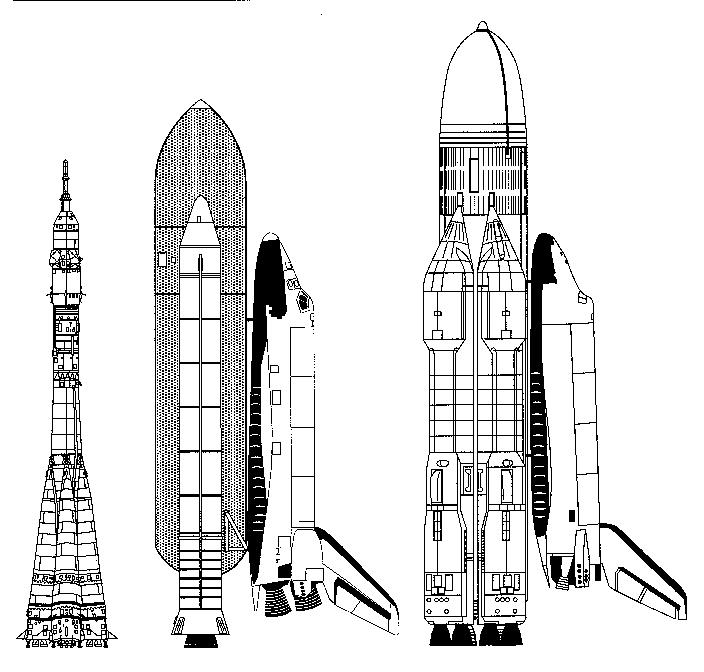 A drawn to scale comparison of the Soyuz launch vehicle, the American STS system,
and the Energia Buran in launch configuration. (Credit: NASA)

Click a photo to enlarge. Photos are from the Russian Aviation and Space Agency.

Taxi and flight tests of the OK-GLI can be found here.