In response to the US Air Force's DynaSoar, the Soviet Union began considering their own orbital space plane in 1962. The Spiral Program began in 1965.

The Spiral orbital space plane was to have three different configurations: reconnaissance, bomber, and interceptor. Unlike DynaSoar, it would launch from a carrier aircraft with two boosters, and be capable of powered landings.

Spiral with wings extended (would be folded up in space) - click to enlarge (Credit: Vasili Petrovich)

The carrier aircraft (never actually designed or built) was to be the GSR (ГСР) (Supersonic Launch Plane). Below is a concept drawing of Spiral on the GSR.

A crewed sub-scale plane was built for testing low speed handling and landings. This was the Mig-105. 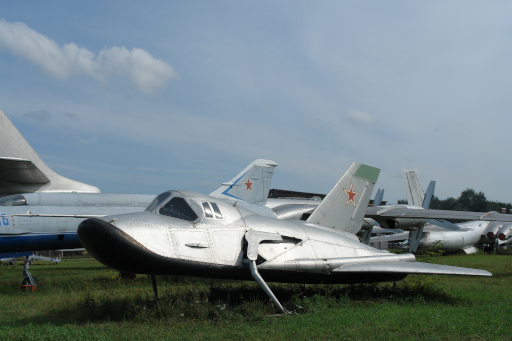 By 1976, with Spiral never having been an official program, emphasis had shifted to the Buran Program. Spiral was cancelled in 1978.