All manned Soviet and Russian spaceflights have originated at the Baikonur Cosmodrome. Although it is a major Russian space complex, it is actually located in western Kazakhstan, near the town of Tyuratam. There is another town in Kazakhstan named Baikonur, but it is about 200 miles to the east. The Baikonur name was used to hide its true location.

Baikonur was established as the 5th Scientific and Research Test Range (NIIP-5) in 1955. After the collapse of the Soviet Union, the Russian Federation changed the official name to the 5th State Test Range (GIK-5).

Another town, Lenisk, was build to house the Baikonur personnel. At its peak during the glory days of the Soviet Union, the population was estimated at 110,000. During the early 1990's, the population shrank to between 45-50 thousand. It has since begun to increase again, and now stands around 90,000.

The Baikonur Cosmodrome is immense. It stretches about 80 miles, east to west, and over 50 miles, north to south. There are 52 launch pads and 34 processing complexes. Through 1995, nearly 1000 launches had achieved orbit from Baikonur.

So why does Russia maintain a major launch complex in Kazakhstan instead of within its own borders? Plesetsk, another major facility (nearly 1500 orbital launches through 1995) is in Russia, but is too far north. Its location would limit the payload capacities needed. Kapustin Yar and Svobodny¹ do not have the facilities needed, and Russia has been too cash strapped to develop them quickly. It is estimated that Baikonur will remain essential to the Russian space program for until about 2020.

1.) The development of crude oil reserves has contributed to an improvement in the Russian economy. On 21 November 2007, a new cosmodrome Vostochny in the Far East Amur Region was announced. The new cosmodrome had it's first launch on 28 April 2016. A new complex to accomodate the Angara rocket will be the next facility constructed. It is anticipated that the first manned launch will occur about 2023. Because of its location, manned launches to the ISS will not be possible. As a result, Baikonur will be used for that purpose until Russia's commitment to the ISS is completed. 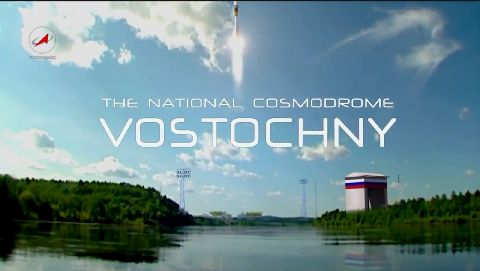